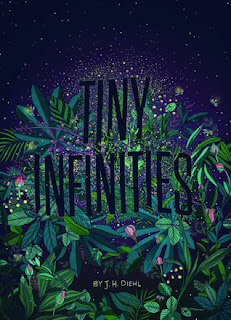 When Alice's dad moves out into a new apartment and her little brothers move in with her Aunt Ruth, Alice is left with her mother in their now empty house.  Since the accident, her mother has been different.  She was in the hospital for months, and even now that she's out, she can only walk with a cane, and she spends her days in bed either crying or railing about Alice's father and increasingly Alice's own shortcomings.

Alice decides she isn't having it.  She puts up a tent in the backyard vows to live there until her father comes home.  The one thing she can control about this summer is swimming, and she is determined to make it onto the Sharks record board by the end of the summer.

With her former best friends away at camp and her family divided, Alice is feeling a little lonely.  That's when she meets Harriet, a new girl in the neighborhood.  Harriet is small but fast and obsessed with winning the school science fair, which won't happen for months.  When Harriet sees the fireflies in Alice's backyard, she's convinced they are the answer to her science fair dreams and convinces Alice to become her assistant.

There's also a new family next door with an older son who makes Alice feel a little nervous in a good way, a toddler, and a daughter with a developmental disability.  Because of all her experience babysitting her twin brothers, Alice is the perfect fit to help out this family.  Piper doesn't talk and rarely even acknowledges people, but she seems to make an instant connection with Alice.

When Alice hears Piper speak, she excited, but the girls parents are furious and call her a liar.  Her own mother turns against her and says Alice was cruel to get their hopes up.  Now she's determined to find proof.

J.H. Diehl's new book is a nearly perfect middle school coming of age story.  It's about understanding the difference between perception and reality and the sad realization that things don't always work out the way we want.  But sometimes there is a little magic in the world, and things can turn out right after all.  Recommended.
Posted by bookgirl at 7:35 AM

bookgirl
I'm a middle school librarian in Houston, TX, and I love reading! I recently finished a term serving on the Lone Star Committee; this committee creates a recommended reading list of every year for students in grades 6-8. I'm passionate about reading and diversifying my school library and my personal TBR pile. 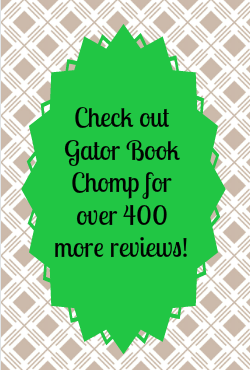 The Rent Collector
by Camron Wright

The Dead House
by Dawn Kurtagich

The Book Whisperer: Awakening the Inner Reader in Every Child
by Donalyn Miller